When the parallel runways are being used in a northerly direction, (“north flow”), arriving aircraft will pass over suburbs in the Sutherland Shire and nearby areas as they make their way to join the final approach from over water, south of Sydney. In north flow, aircraft that are approaching Sydney from the north, west, east and south-west must be directed by air traffic controllers into an orderly landing sequence. The image below of actual aircraft tracks illustrates this complex arrival procedure. 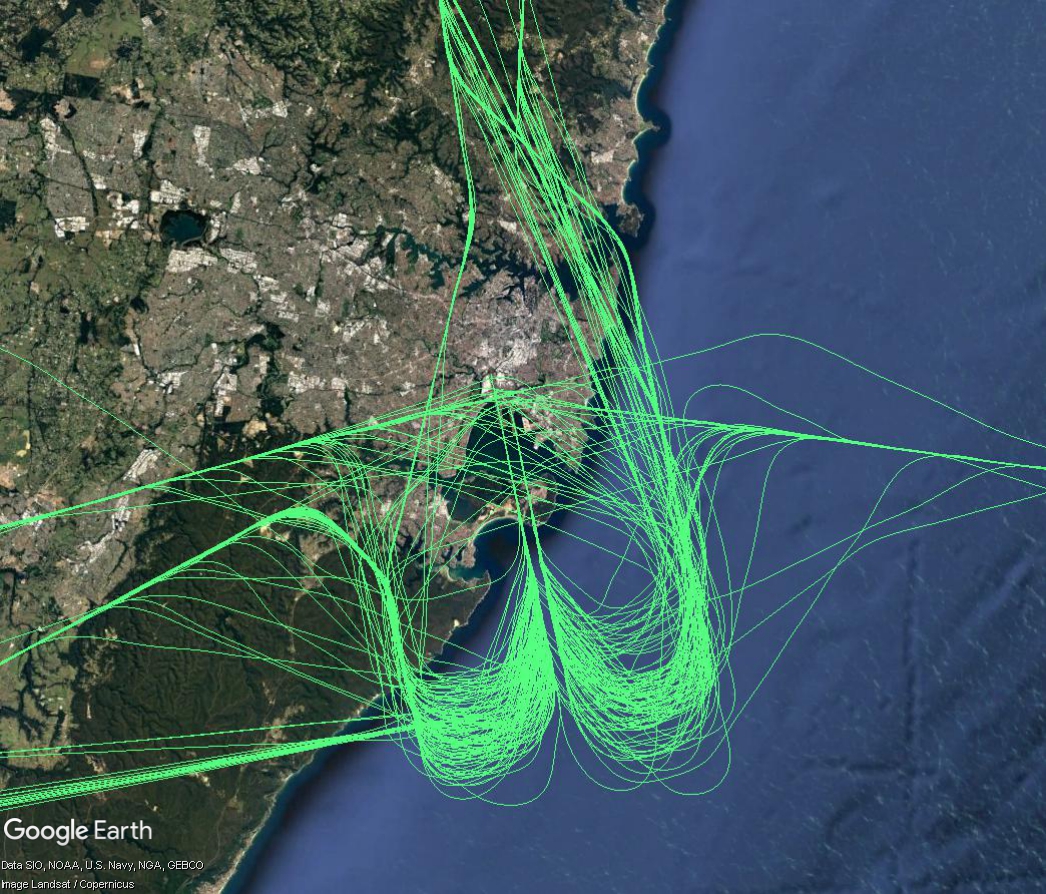 Arrivals from the north

Aircraft that arrive into Sydney from northern ports need to travel southwards across the city to join the final approach that begins over water. Aircraft using this flight path will generally be at altitudes within the range of 5000 to 7000 feet when they pass over suburbs such as Sylvania, Miranda and Gymea.

The image below is zoomed in and filtered to show only these arrivals travelling from the north to the south. Arrivals from the south-west and west

Aircraft arriving into Sydney from the south-west will pass over suburbs such as Barden Ridge and Yarrawarrah before turning southwards and flying over the Royal National Park to cross the coast, as shown in the image below. Aircraft coming from the west will turn southwards over suburbs such as Illawong, Bangor, Jannali and Loftus as they too head towards the coast. All these aircraft will be generally within the altitude range of 6000 to 8000 feet. The final approach paths are adjacent to Kurnell and Greenhills Beach. When they intercept the final approach aircraft will be at altitudes of around 3000 feet and will continue to descend steadily to the runway. Aircraft landing on the easternmost runway will be at an altitude of around 1000 feet when adjacent to Kurnell, while those landing on the westernmost runway will be around 1200 feet as they have slightly further to fly before touching down.

When the parallel runways are being used in a southerly direction, (“south flow”), jet aircraft departures will be seen and heard by residents in suburbs such as Kurnell, Greenhills Beach and Cronulla. The image below shows the actual tracks of departing jets on this flight path. In south flow, non-jet aircraft that take off from the westernmost parallel runway will turn right after departure over suburbs in the Sutherland Shire.

Non-jets turn immediately after take-off in order to ensure they remain separated from the faster jet traffic which continues straight ahead. When the east-west runway is being used, some aircraft will fly over the Shire as they travel to join the final approach. These aircraft generally will be between 6000 and 8000 feet with most over 7000 feet. This flight path is shown in the image below. 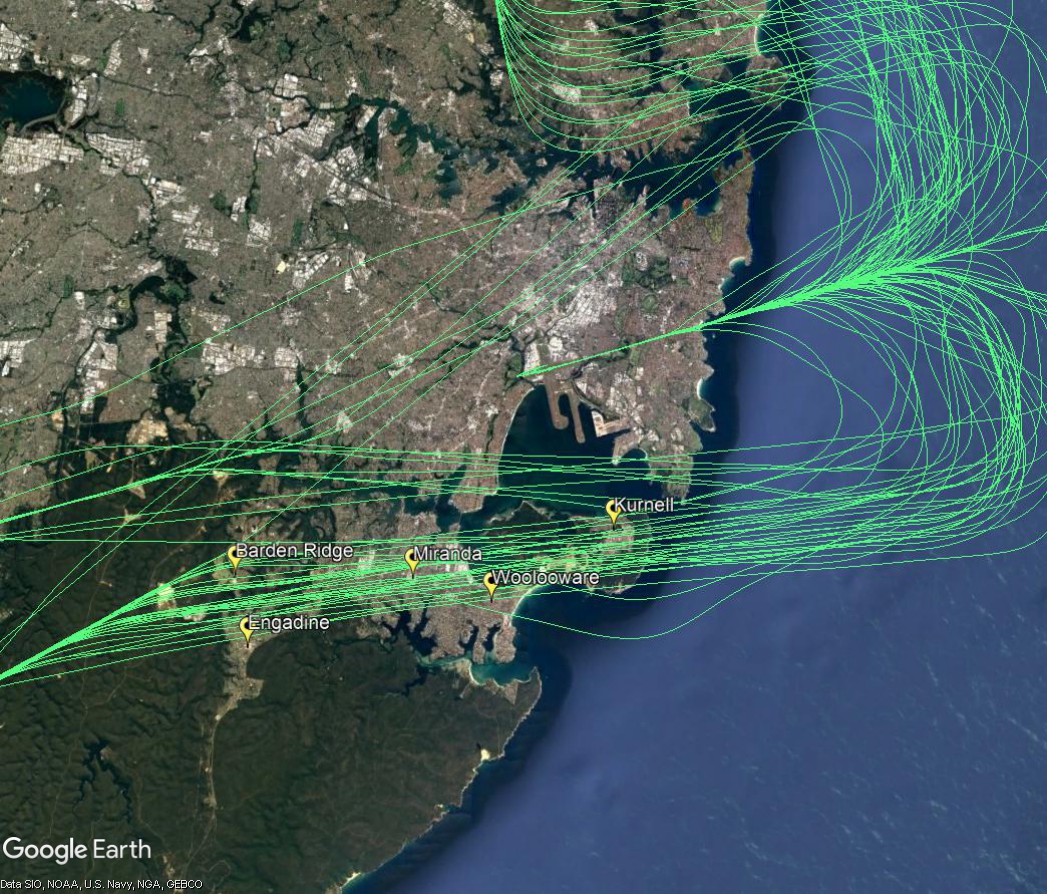