What rules apply to use of Sydney Airport flight paths?

The Long Term Operating Plan (LTOP) sets out a plan for noise sharing at Sydney Airport.

It is a common misconception that noise sharing means that flight paths are varied. This is not the case. Using the same standard flight paths is vital for safety, particularly at very busy airports like Sydney, because they reduce complexity for pilots and air traffic controllers. If a different flight path was used for every flight it would be very complex to ensure aircraft remained safely separated, and there would be a high possibility of confusion and error.

While flight paths themselves are not varied, there are different flight paths for each runway, each of which will affect a different part of the community. Because aircraft need to land and take off into the wind, the runway used generally will be the one that best suits the wind direction at the time. As the wind and other conditions change, the runway configuration or “mode” may also change, bringing a different set of standard flight paths into use. This has the effect of sharing the noise.

Learn more about the runways at Sydney Airport 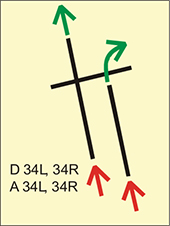 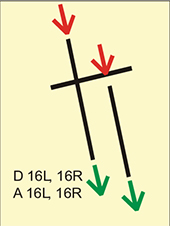 During peak periods one of these parallel runway modes will always be used whenever the wind permits because using two runways at once enables the most traffic to be moved through the airport.  The peak periods are generally from 7:00 – 11:00am and 3:00 – 8:00pm but may extend beyond these hours.

During non-peak times for the airport air traffic controllers must implement a “noise sharing mode” whenever it is possible to do so according to the wind conditions and other factors.  Non-peak times for the Airport are generally 6:00 – 7:00am, 11:00am – 3:00pm, 8:00pm – curfew.

For all the noise sharing modes there is an option for pilots of heavy jets to request use of the longer westernmost parallel runway. In the images below this option is represented by dotted lines.

In Mode 5 the east-west runway is used for arrivals from the east and the parallel runways are used for departures towards the south.

Due to seasonal wind conditions, use of Mode 5 tends to rise as the weather cools. 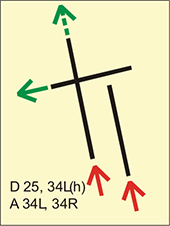 In Mode 7 the parallel runways are used for arrivals from the south and the east-west runway is used for departures towards the west.

Wind conditions in the cooler months tend to favour the use of Mode 7 and it is generally used more frequently at that time of year. 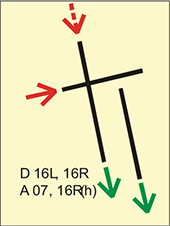 In Mode 14a the east-west runway is used for arrivals from the west and the parallel runways are used for departures towards the south, over the bay.

Mode 14a tends to be used more frequently in the warmer months due to favourable wind conditions. 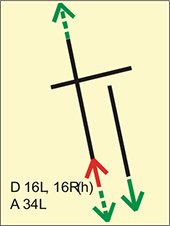 In Simultaneous Opposite Direction Parallel Runway Operations, (SODPROPS), aircraft arrive and depart over the bay. Arrivals use the westernmost parallel runway and departures use the easternmost parallel runway. This mode is the preferred noise sharing mode, however it can only be used when the wind and weather conditions are exactly right with maximum visibility for pilots and air traffic controllers in the Tower. 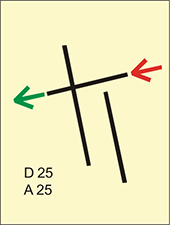 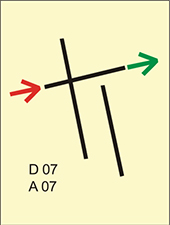 Modes 12 and 13 are used when the wind conditions preclude use of the parallel runways because the crosswind exceeds safety limits. If there is a very strong westerly wind, Mode 13 (far left) is used. If there is a very strong easterly wind, Mode 12 (left) is used. When one of these modes has to be used for extended periods it limits the amount of aircraft that can be moved through the airport. This results in delays which can have a cascading effect around the country. 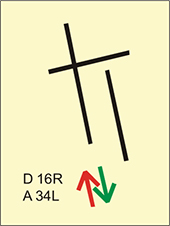 During the curfew, aircraft permitted to use the airport must arrive and depart from the westernmost runway. Emergency medical flights are exempt from this requirement and may use whichever runway will expedite their flight.

Visit the Resources section to use our interactive tool to explore Sydney Airport Operational Statistics including mode use.