When the parallel runways are being used in a northerly direction, (“north flow”), most aircraft departing the easternmost parallel runway turn to the east or north-east after take-off. Aircraft that turn east are bound for destinations to the east and south. They will pass over suburbs including Kingsford and Maroubra. 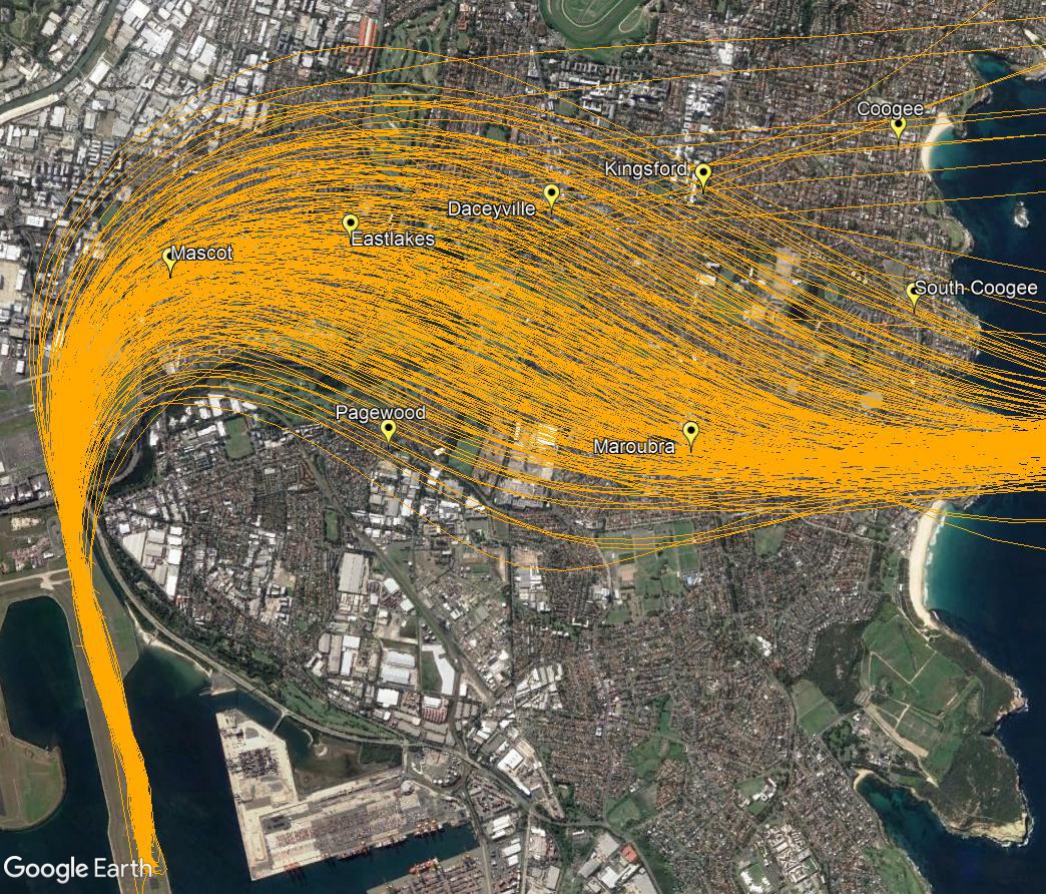 When the parallel runways are being used in a southerly direction (“south flow”), non-jet aircraft that take off from the easternmost parallel runway turn left after departure. They turn immediately after take-off in order to ensure they remain separated from the faster jet traffic which proceeds through the heads.

Non-jets using this flight path are heading primarily to northern destinations such as Armidale, Taree, Coffs Harbour and Port Macquarie. After their initial eastward turn they will then turn north towards these destinations.

The image below shows the actual tracks of non-jet aircraft using this flight path. 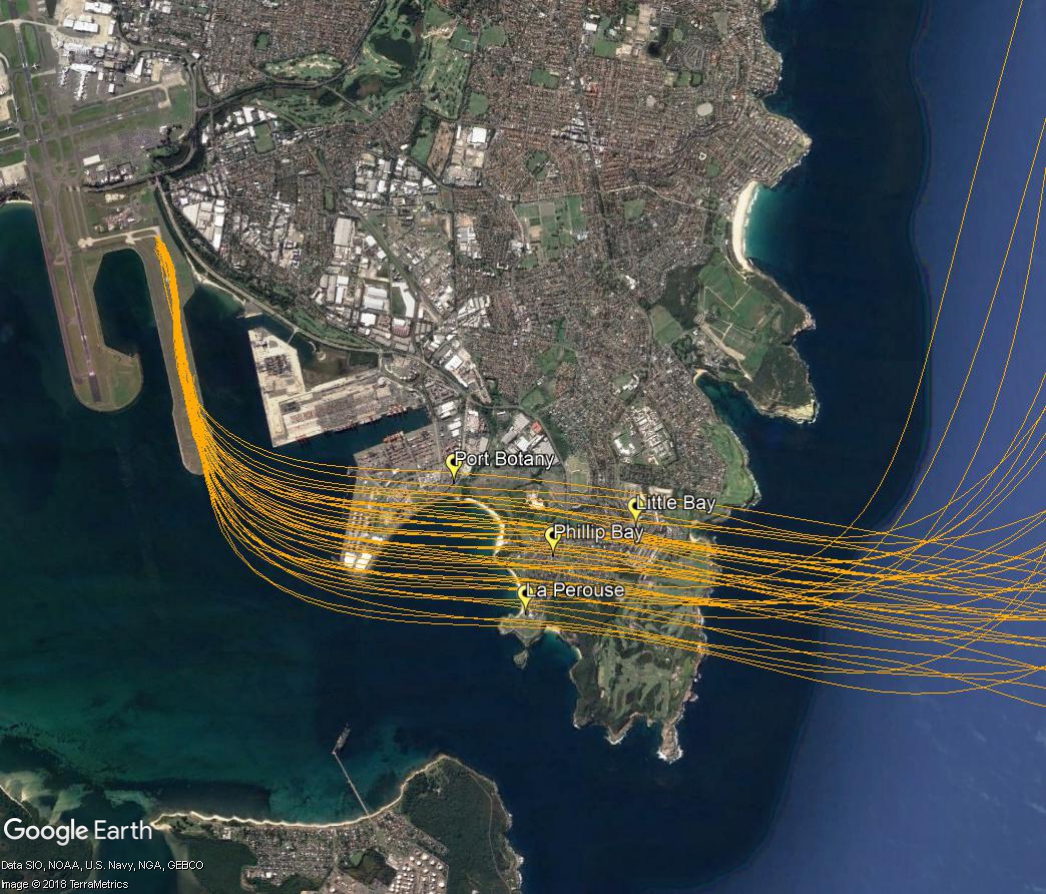 Arrivals to and departures from the east-west runway: west flow and east flow

In “west flow” the east-west runway is used for arrivals. Arriving aircraft must align with the runway from a considerable distance out from the airport, and fly straight in. This means that aircraft arriving to land during this runway configuration will always fly over suburbs such as Coogee, Randwick, Kingsford, Daceyville and Eastlakes.

Sydney’s seasonal wind patterns are such that the east-west runway tends to be used for arrivals more frequently in the cooler months that at other times of the year. At this time of year it is not unusual for Sydney to experience strong westerly winds. In these conditions there is often too much crosswind on the parallel runways, meaning that they cannot be safely used. When this occurs, all traffic may need to use the east-west runway for prolonged periods of time. This usually results in delays at the airport because the usual throughput of flights cannot be attained when using only one runway.

It is relatively unusual for aircraft to depart towards the east from the east-west runway, (“east flow”), but it does occur on occasion when the wind is a strong easterly. As explained above, in these conditions it may mean that the parallel runways cannot be used, resulting in all traffic departing towards the west.

The following image shows the actual tracks of arrivals to the east-west runway in green and departures in orange.